Gnosticism in a (Post)Modern World 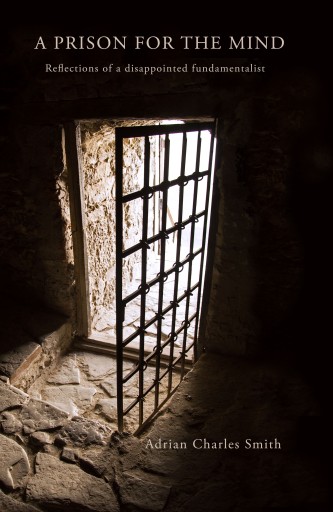 The world is like an amusement park’s Hall of Mirrors, full of passageways creating a maze-like puzzle. Some of the mirrors are curved or bent, and it’s hard to know which image is real and which is a reflection. Sometimes there seems to be a clear way forward, but it’s just a mirage. It’s a disorientating situation where it is difficult to distinguish between truth and illusion, between competing versions of reality. What if our beliefs about the world are likewise distortions or the product of our own minds; or worse yet, what if they have been planted there by outside forces bent on control? How can we know what is true? How do we know what is real?

My experience with religious fundamentalism has caused me to question the very nature of reality itself. Having been so convinced of “the Plain Truth” and having gotten it so very wrong, I am tempted to ask: Is there any such thing as an external, objective reality or is it all simply a variety of personal beliefs waiting to be overturned?

While surveying what can be salvaged from the general shipwreck of disappointment, I am resolved to rescue what is good and true and right. Surely certain things can be identified as objectively true, although very hard to arrive at, as anyone familiar with the rules of evidence in court, the burden and standards of proof in law or the rigours of the scientific method, will confirm. Unfortunately, the rules of law and science can carry us only so far. Even with all the safeguards, human prejudice and partiality can violate the courtroom or the laboratory. Despite their best efforts, experts get it wrong, too. We are all prisoners of our tightly-held beliefs, and the world remains a hall of mirrors.

But what if we were to step outside the hall of mirrors entirely? By this I mean, what if we were able to undertake a radical shift in perspective from the outer to the inner world? In this sacred space can we find truth that is at once personal and universal? Certainly we can rely on our own experience. If anything is absolutely true, it could be, “I have a headache” or “I feel inspired by the sunset.” Then there is the journalistic maxim, “There’s no substitute for being there.” On the spiritual level, mystics rely on direct experience, but there is also evidence, from the myths of mankind and from what Carl Jung called archetypes, that truth can have a universal aspect. What is true for the Hopi Indian may be true for the Medieval Christian monk or Buddhist priest, because all mystics speak the same language and come from the same country. It is the truth conveyed by the story which is universal. The iniquity arrives when the myths and symbols are made literal. What a paradox that we can access the universal by withdrawing our attention from the outer world, a very private journey but one which takes us beyond the merely personal. Travelling outward, we are confused, deceived and disappointed, but travelling inward we uncover mysteries true for all mankind. Although alone, we discover true connection; although deeply personal, the terrain has been crossed before. In the words of mythologist Joseph Campbell, “Furthermore, we have not even to risk the adventure alone; for the heroes of all time have gone before us; the labyrinth is thoroughly known; we have only to follow the thread of the hero path. And where we had thought to find abomination, we find a god – where we had thought to be alone we shall be with all the world.”

Access to truth in the hall of mirrors is made deceptively simple by the purveyors of certainty, whom I call the Wizards, after Frank Baum’s Wizard of Oz. I use the Wizard of Oz as a metaphor for all forms of cognitive totalitarianism. The Wizards are those who tell us what is true and what is real. The Wizards are those who remove all confusion from our minds and hearts, bringing us reassurance and security as long as we maintain the focus in an outward direction: towards them. But the absolute truth which they deliver is a bogus dream, for it’s their personal dream. They invite us join them in a mutually-reinforcing exercise rendering their version of reality the only one possible and, in the process, abandoning our own quest for truth. For we the gullible, this blind act of self-sabotage negates our personal responsibility to bring into the light of consciousness our own self-validating truth. As William Blake wrote in 1818, “I must create a system or be enslav’d by another man’s.” There is no alternative to the inner journey, no ready-made or prepackaged solution.

Access to external truth is further complicated because we are constantly lied to by the Wizards. As Winston Churchill said, the truth is so subversive it must be protected by a “bodyguard of lies.” Evidence is planted or tampered with, witnesses are bribed or threatened. Not only must we be scientists and lawyers, but also intelligence experts in a world of double agents.
The Wizard is threatened by the inner journey. The whole administrative structure of the manufactured reality is threatened.

“To do anything that suggests a taste for solitude, even to go for a walk by yourself, was always slightly dangerous. There was a word for it in Newspeak: ownlife, it was called, meaning individualism and eccentricity.” George Orwell, 1984.

A Prison For The Mind